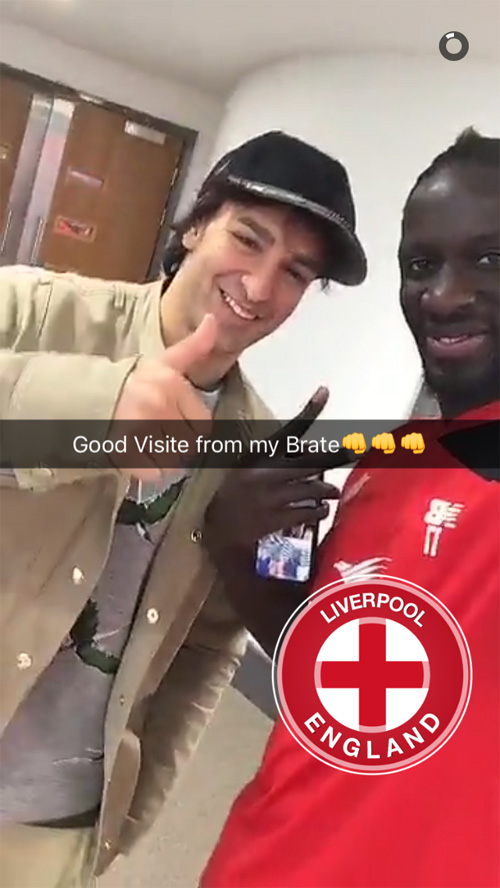 The Serbia winger has spent the season on loan at Turkish side Fenerbahce after falling out-of-favour under Jurgen Klopp’s predecessor Brendan Rodgers.

The former Borussia Dortmund manager was thought to be considering recalling Markovic in January but the 22-year-old stayed put in Turkey.

However, Markovic, who moved to Liverpool in a reported £20m deal from Benfica in 2014, was back at the club’s training ground on Friday afternoon.

And Sakho, who picked up an injury during Liverpool’s League Cup final defeat on Sunday afternoon, was delighted to have his Serbian team-mate back at Melwood.

Sakho posted a series of selfies and videos with Markovic before presumably knuckling down to some training ahead of Sunday’s trip to Crystal Palace.

Klopp’s side were 3-0 winners against Manchester City at Anfield in the Premier League on Wednesday night.

Michael Owen raves about Tottenham ahead of Arsenal clash

Photos: Firmino, Sturridge all smiles as Liverpool train ahead of Palace trip