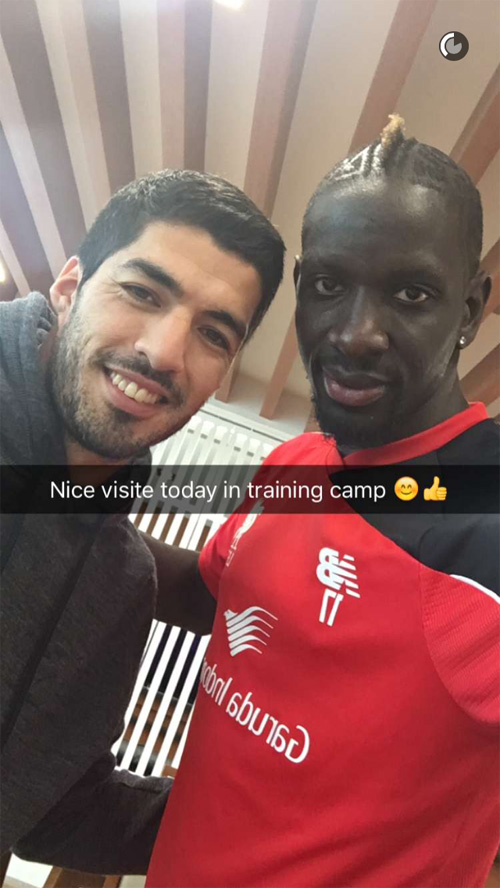 Mamadou Sakho and the Liverpool squad were drawing inspiration from Luis Suarez ahead of Thursday’s game against Manchester United.

The Reds host Louis van Gaal’s side in the first leg of their Europa League last-16 clash at Anfield.

Liverpool and United are meeting for the first time in Europe after the Reds suffered back-to-back Premier League defeats by their bitter rivals this season.

In fact, the Merseyside outfit haven’t beaten the 20-time English champions since Suarez scored their third in a 3-0 victory at Old Trafford in 2014.

And the Uruguay international was at Melwood training ground on Tuesday morning as the Barcelona striker returned to his former club to see some old friends.

Unsurprisingly, Sakho couldn’t miss out on the chance to pose for a selfie with the Barcelona star, who has already scored 31 goals for the Catalan side so far this season.

The France defender helped Liverpool secure a 2-1 victory at Crystal Palace in the Premier League on Sunday afternoon.