Will Keane is on the road to recovery from his groin injury in the US... 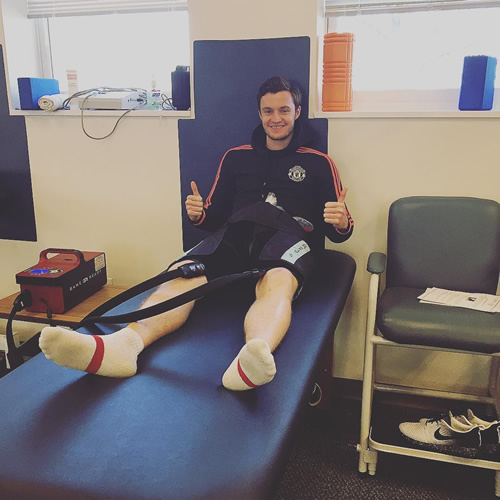 Will Keane shared this photo on Wednesday night Photo: Will Keane/Instagram

Will Keane gave the thumbs up as the Manchester United striker continued his recovery from a groin injury in Philadelphia on Wednesday night.

The 23-year-old suffered the problem during United’s FA Cup win over Shrewsbury Town last month and was unable to complete the game.

Manchester United boss Louis van Gaal confirmed this week that Keane was set to have an operation to speed up his recovery from the problem.

And the forward appeared to be in good spirits as he posted a picture of himself during an icing session as he continues his rehabilitation.

Keane shared the picture above on his personal Instagram account on Wednesday night and wrote: “Day 1 of Rehab complete, finishing off with some much needed icing.”

The Red Devils now turn their attentions towards their Premier League trip to West Bromwich Albion on Sunday afternoon as they look to make it three wins in a row in the top flight.

Paul Ince: What Arsene Wenger should have done to improve Arsenal