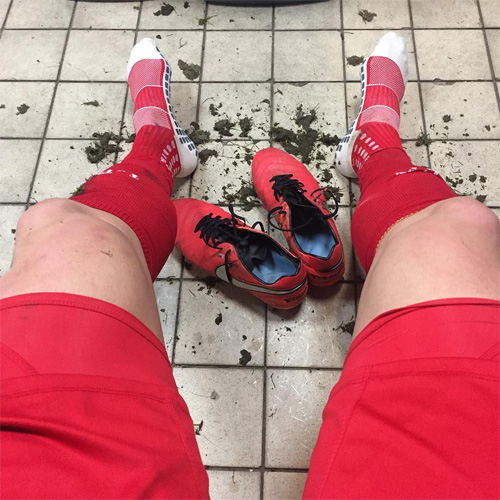 Liverpool have been handed a positive injury update after Martin Skrtel completed 90 minutes for the Under-21 side on Friday night.

The Slovakia international has been sidelined since Liverpool’s 3-0 defeat by Watford at Vicarage Road in December.

The 31-year-old’s hamstring injury means the no-nonsense defender has missed Liverpool’s last 21 games in all competitions.

However, Skrtel is close to a return to first-team action after his run out for the Under-21 side ahead of Thursday’s return trip to Manchester United in the Europa League last 16.

Skrtel wrote on his Instagram page: “Finally!that feeling when you back on the pitch again 🙏🙏🙏 LFC U21 😂😂😂 #m37s #liverpoolfc #ynwa #trusox#nike”

Skrtel will be facing renewed competition for a first-team place given the form of his rival centre-halves Dejan Lovren, Mamadou Sakho and Kolo Toure.

Jurgen Klopp’s side have kept a clean sheet in five of their last seven games.

Liverpool secured a commanding position in the last-16 tie after Daniel Sturridge and Roberto Firmino scored either side of half-time for the Merseyside outfit.

Matt Holland: Theo Walcott has made this mistake in his Arsenal career

Photo: Jack Wilshere all smiles with his girlfriend ahead of Arsenal v Watford