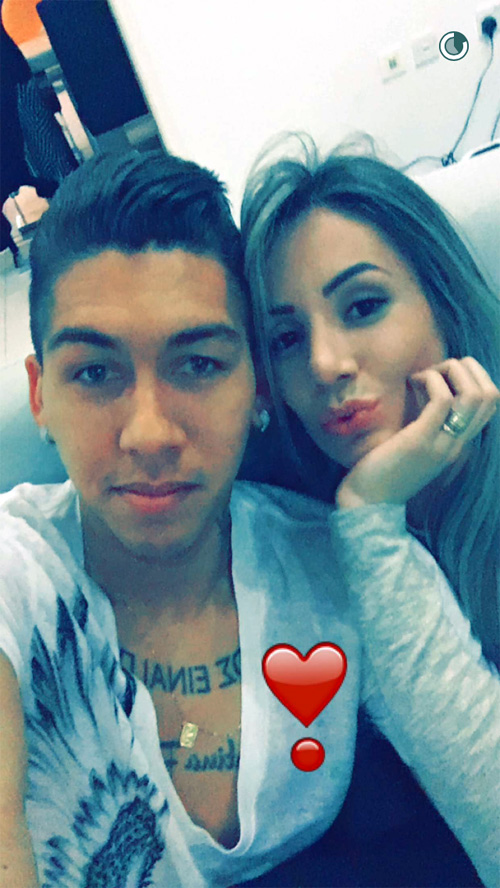 Roberto Firmino snapped a romantic selfie with his wife as he relaxed after a brilliant night at Anfield for Liverpool.

The Brazil international helped Jurgen Klopp’s side to exact swift revenge on Manchester City for their League Cup final defeat with a comprehensive victory in the Premier League.

Adam Lallana broke the deadlock in the 35th minute with a superb long-range left-footed strike which crept past his England team-mate Joe Hart in the City goal.

The South American got his name on the score sheet with a goal of his own in the second half to seal three points for Jurgen Klopp’s side.

And Firmino posted the above selfie with his wife Larissa after he had appeared to dedicate his goal to their new born baby.

The Liverpool forward has scored seven goals and has made seven assists in his first season in the Premier League after a £29m move to Anfield from Hoffenheim last summer.