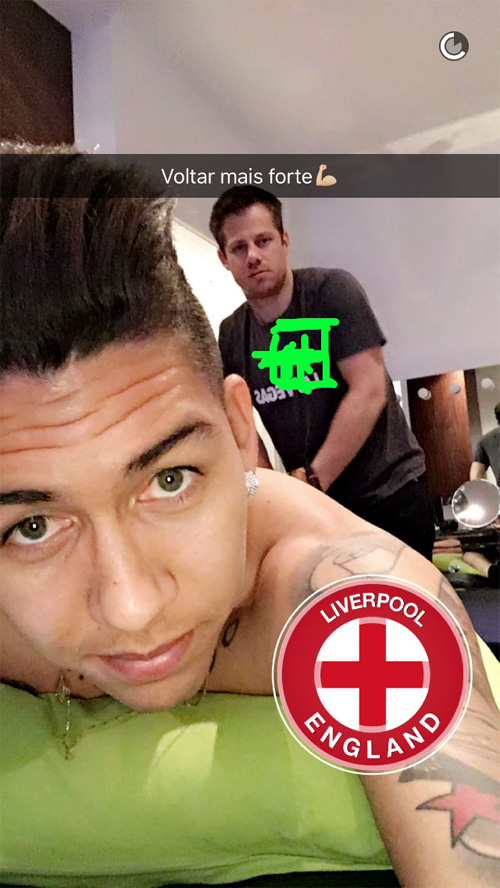 Roberto Firmino has delivered an injury update from the pyhsio table ahead of Liverpool’s clash against Southampton on Sunday afternoon.

The Brazil international was thought to be carrying a knock ahead of the St Mary’s clash after he suffered a slight hamstring strain during Thursday’s 1-1 draw at Manchester United.

Firmino was forced to pull out of Brazil’s upcoming World Cup qualifiers due to the hamstring concern and the South American may miss out on Liverpool’s game against the Saints.

The 24-year-old posted the above photo on the physiotherapist table on Saturday evening ahead of Liverpool’s Premier League game.
Firmino has been in scintillating form in all competitions so far this season.

Firmino wrote as his caption on Snapchat: “Come back stronger”

The former Hoffenheim playmaker has scored eight goals and has made seven assists in 2016 so far, which is more than any other Premier League player.

Firmino moved to Liverpool from Hoffenheim in a £29m deal last summer.