Photo: Roberto Firmino all smiles with Liverpool trio ahead of Palace clash 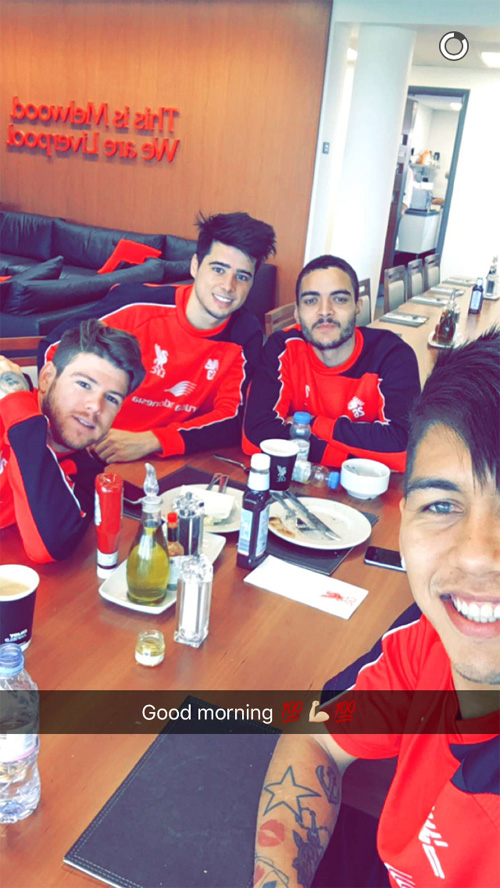 Roberto Firmino was all smiles with his Liverpool team-mates over a cup of coffee the morning after their 3-0 win against Manchester City.

The Reds midfielder got on the score sheet on Wednesday night as Jurgen Klopp’s side exacted revenge for their League Cup final disappointment on Sunday.

Adam Lallana broke the deadlock in the 35th minute and James Milner added a second before half-time to put the hosts in control against the Citizens.

Firmino completed the rout of Manuel Pellegrini’s side with his seventh Premier League goal of the season at Anfield.

Unsurprisingly, the 24-year-old midfielder was in good spirits with his team-mates on Thursday morning over a cup of coffee.

Alberto Moreno, Joao Teixeira and Tiago Ilori didn’t feature against the Citizens but appeared chirpy in Firmino’s selfie which he posted on Snapchat.

Liverpool make the trip to Crystal Palace in their next top-flight game at Selhurst Park on Sunday afternoon.

Martin Keown: Why Tottenham are still my title favourites