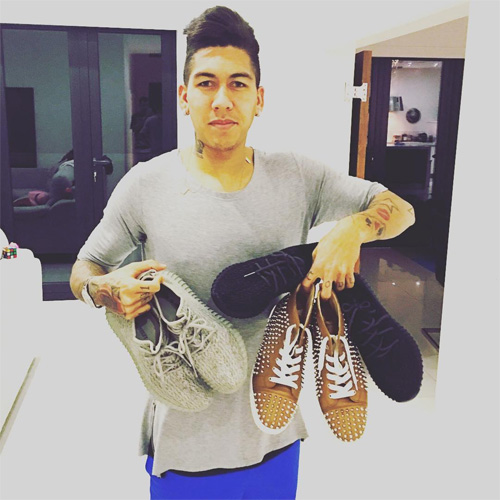 Roberto Firmino has been showing his dazzling feet on the pitch for most of the Premier League season, and the Liverpool midfielder has added some new footwear to his collection.

The Brazil international scored his eighth Premier League goal of the season in Liverpool’s 2-1 victory over Crystal Palace in the Premier League on Sunday afternoon.

Firmino’s composure and technique for the goal even earned praise from Liverpool legend Steven Gerrard on Instagram following the last-gasp win.

While there have been no problems with Firmino’s footwear on the pitch, the Brazilian has ensured that he has comfortable shoes in his personal life after a delivery on Monday morning.

Firmino wrote on his Instagram page: “Thanks mate👇🏼 #quality @cuttingedge_28”

Firmino has scored eight goals and has made seven assists in 25 Premier League appearances for the Merseyside outfit so far this season.

The 24-year-old move to Liverpool in a £29m deal from Bundesliga club Hoffenheim in the summer transfer window.