Photo: Roberto Firmino puts his feet up to watch Liverpool lose 3-2 at Southampton 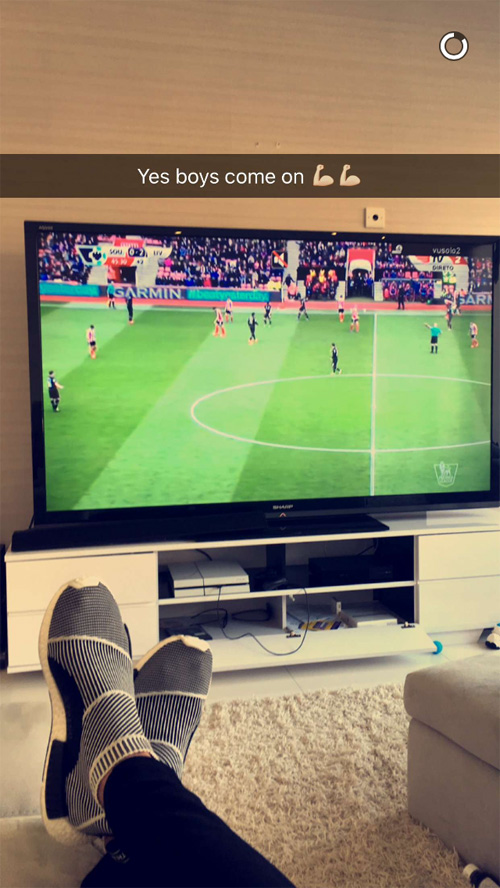 Roberto Firmino put his feet up and watched Liverpool suffer a shock 3-2 defeat by Southampton on Sunday.

The Brazil international missed the trip to St Mary’s on Sunday afternoon due to a hamstring problem which has forced the playmaker to withdraw from Dunga’s squad ahead of the international break.

Firmino has earned a break after the 24-year-old’s scintillating form for the 18-time English champions in the Premier League and the Europa League in 2016 so far.

And the South American watched his compatriot Philippe Coutinho break the deadlock on the south coast with a brilliant goal in the first half.

England striker Daniel Sturridge doubled the away side’s lead before half-time as Liverpool looked to gain ground on their top-four rivals.

However, Sothampton fought back in the second half as Sadio Mane and Graziano Pelle levelled the game at 2-2 with seven minutes to play before the Senegal star netted a late winner.

Firmino will be hoping to return to first-team action when Liverpool host Tottenham Hotspur at Anfield on 2 April.