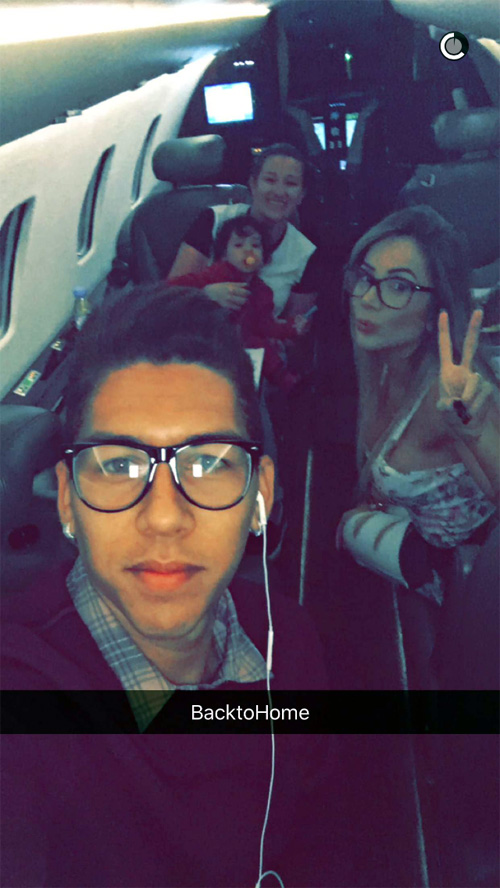 Roberto Firmino left behind the sun for the cold and wet British weather as the Liverpool midfielder prepared to return to training ahead of Thursday’s trip to Manchester United.

The Brazil international made the most of a free weekend after the 24-year-old midfielder brought his young family on a sunny break while their Europa League rivals were in action in the FA Cup.

Firmino produced another impressive performance for the Reds on Thursday night as Jurgen Klopp’s side were 2-0 winners against Manchester United.

The Reds secured a commanding first-leg lead in their last-16 clash after Daniel Sturridge scored from the penalty spot before Firmino added a second for the hosts.

Louis van Gaal’s United side warmed up for the second leg with a disappointing 1-1 draw with West Ham United in their FA Cup quarter-final at Old Trafford on Sunday afternoon.

So no wonder Firmino looked in high spirits with his wife and daughter as he jetted back to Liverpool ahead of a busy week of training.

The South American moved to the Reds in a £29m deal from Bundesliga side Hoffenheim in the summer transfer window.