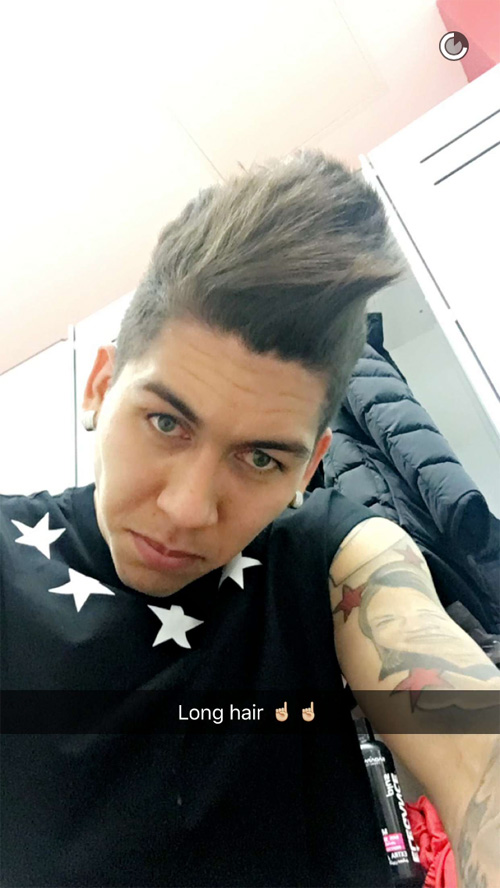 Roberto Firmino can do whatever he wants with his hair and still earn the adulation of Liverpool supporters after his goal-scoring heroics.

The Brazil international has been in a hot run of form in 2016 after the 24-year-old initially made a slow start to his Anfield career.

Firmino scored his eighth goal of the calendar year so far after the South American netted Liverpool’s second in a 2-0 victory over Manchester United on Thursday night.

Firmino’s close-range finish put Jurgen Klopp’s side in a commanding position ahead of the return leg at Old Trafford on Thursday 17 March.

And the Premier League’s most-creative forward in 2016 took to Snapchat to show of his new look ahead of the second leg of Liverpool’s Europa League last-16 clash.

The Brazilian moved to Liverpool in a £29m deal from Bundesliga side Hoffenheim last summer.