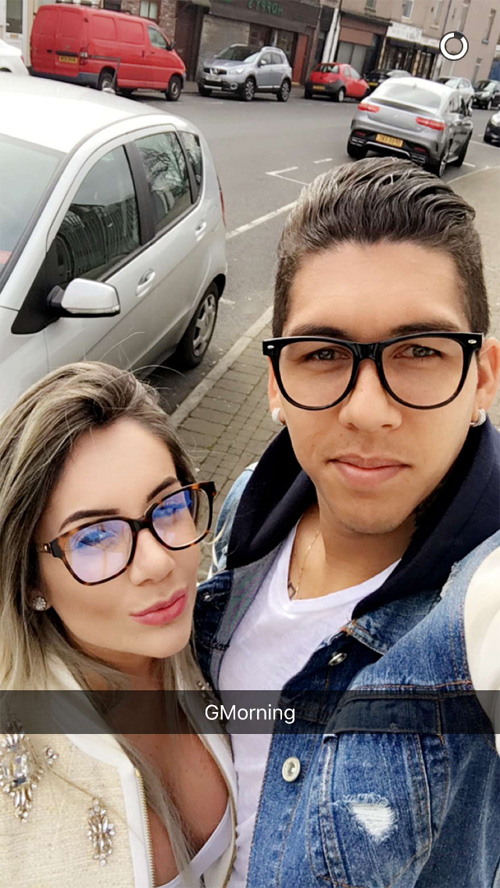 Roberto Firmino has effortlessly become one of Liverpool’s most-stylish players on the pitch.

But the Brazil international is also becoming one of Liverpool’s best-dressed stars off the pitch, too, judging by his recent Snapchat posts.

Firmino returned from a sunny break on Sunday ahead of a return to training on Monday as Jurgen Klopp prepares his players for their trip to Manchester United.

The South American earned his break after Firmino scored Liverpool’s second goal in a 2-0 victory over United in the first leg of their Europa League last-16 clash at Anfield last week.

The 24-year-old has been Liverpool’s most-impressive player in 2016 so far after a return of eight goals and seven assists for the Reds.

So wonder Firmino was all smiles with his wife Larisa as he enjoyed some downtime after training on Merseyside.

Liverpool will make the trip to United on Thursday night for their second leg.

Watch: Harry Kane gets into boxing ring ahead of Tottenham v Dortmund