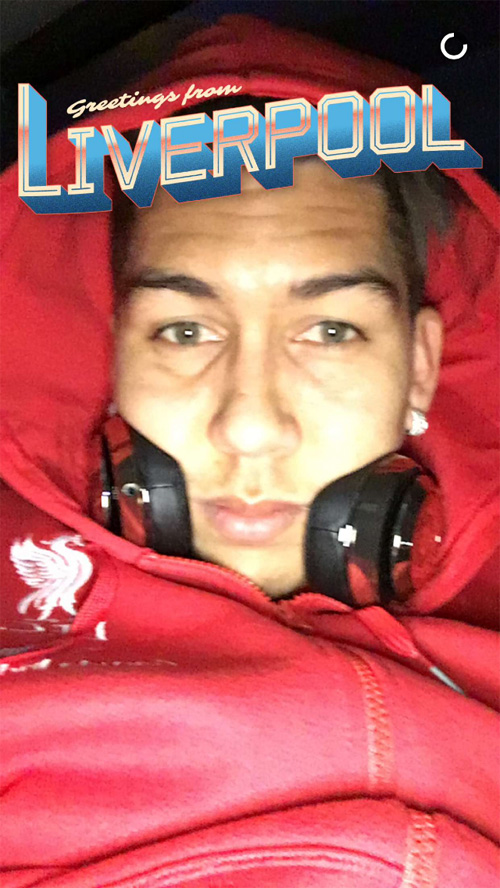 Roberto Firmino looked ready for bed on Sunday night after the Liverpool squad arrived back on Merseyside following a 2-1 win at Crystal Palace.

The Reds were unable to convert a dominant first-half performance into goals and Palace midfielder Joe Ledley gave the home side a 1-0 lead after half-time.

James Milner was sent off early in the second half to leave Liverpool looking at the prospect of successive defeats by Palace in the Premier League.

However, Firmino capitalised on Palace goalkeeper Alex McCarthy’s mistake to equalise for the away side at Selhurst Park.

And substitute Christian Benteke won a late penalty which he converted to secure three points for the Merseyside outfit.

Firmino snapped a selfie on the way home to Liverpool after Sunday’s win as Jurgen Klopp’s side look to recover ahead of Thursday’s clash against Manchester United.

The Reds welcome their bitter rivals to Anfield for the first leg of their Europa League last-16 tie.