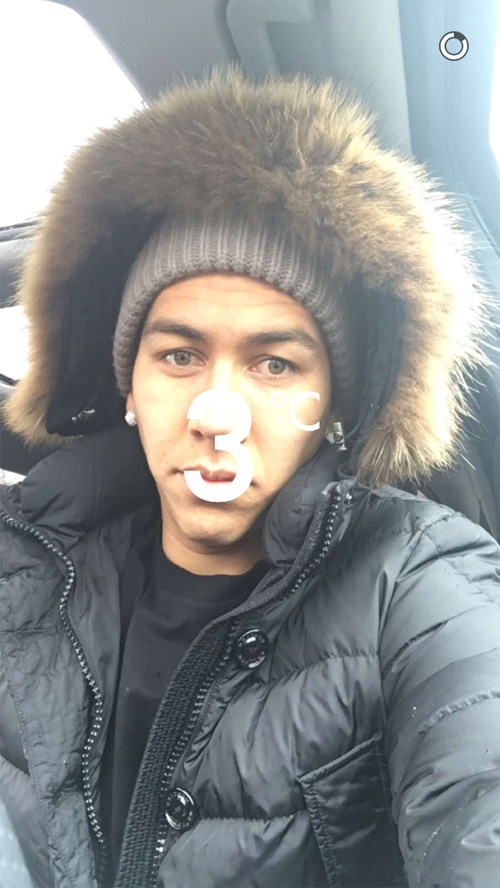 Roberto Firmino may have moved to Liverpool last July but the Brazilian is still coming to terms with the unpredictable Merseyside weather.

The South American was greeted with cold weather conditions on Friday morning despite the south of England being drenched in some glorious spring sun.

Firmino was in fine form mid-week as the Brazil international scored Liverpool’s third goal in a 3-0 rout of Manchester City in the Premier League at Anfield.

Jurgen Klopp’s side headed into training on Friday as the Merseyside outfit prepare for their trip to Crystal Palace on Sunday afternoon.

Needless to say Firmino was impressed with the weather as he posted a selfie from the comfort of his car before heading into Melwood training ground.

Firmino has scored seven goals and has made seven assists in 25 Premier League games for the 18-time English champions this season.

The Brazilian moved to Liverpool in a £29m deal from Hoffenheim last summer.