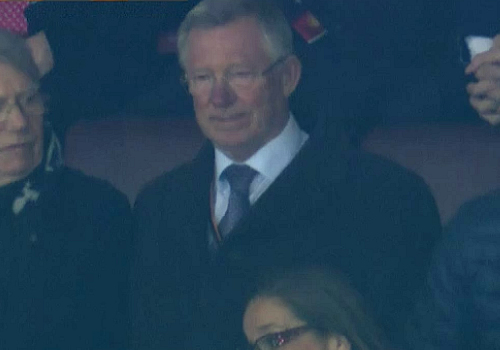 Sir Alex Ferguson looked like he needed some cheering up after watching Manchester United be knocked out of the Europa League by Liverpool on Thursday night.

Trailing 2-0 from the first leg at Anfield last week, the Red Devils took the lead on the night at Old Trafford when Anthony Martial dispatched his penalty.

However, Liverpool drew level on the stroke of half-time when Philippe Coutinho danced through the Manchester United defence and dinked his finish over David De Gea.

That goal left United needing to score three times to book their place in the last eight, and the Red Devils failed to find another breakthrough at Old Trafford.

Ferguson was in the stands for the game and cut a gloomy figure as the clock ticked away at Old Trafford. 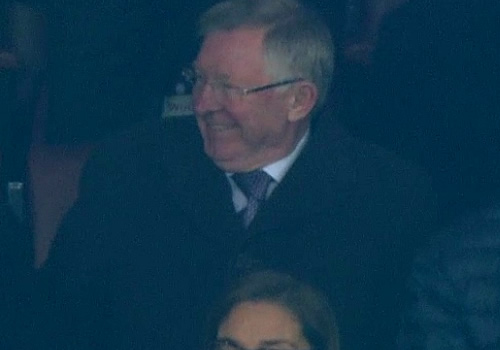 United now turn their attentions towards their Premier League clash against bitter rivals Manchester City at the Ethiad Stadium on Sunday afternoon.