Photo: Son Heung-min all smiles with his friends ahead of West Ham v Tottenham 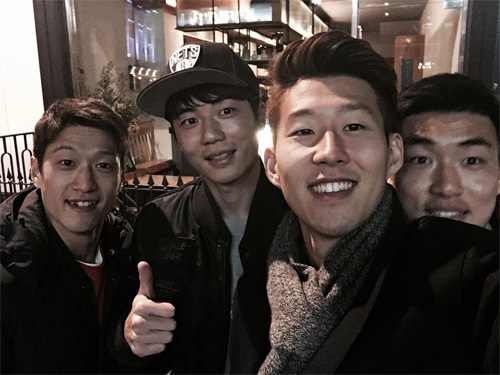 Son Heung-min was all smiles with his friends ahead of Tottenham Hotspur’s clash against West Ham United at Upton Park on Wednesday night.

The north London side secured a massive win in the Premier League title race at the weekend after Spurs came from behind to beat Swansea City 2-1 at White Hart Lane.

Tottenham signing Son was enjoying some downtime with his pals ahead of Wednesday night’s trip across London to Upton Park.

Pochettino’s side are 11 points ahead of Slaven Bilic’s impressive West Ham side, who are chasing a top-four finish after an eye-catching start to life under the Croatian.

John Aldridge: This Liverpool player had his best game for the Reds against Man City