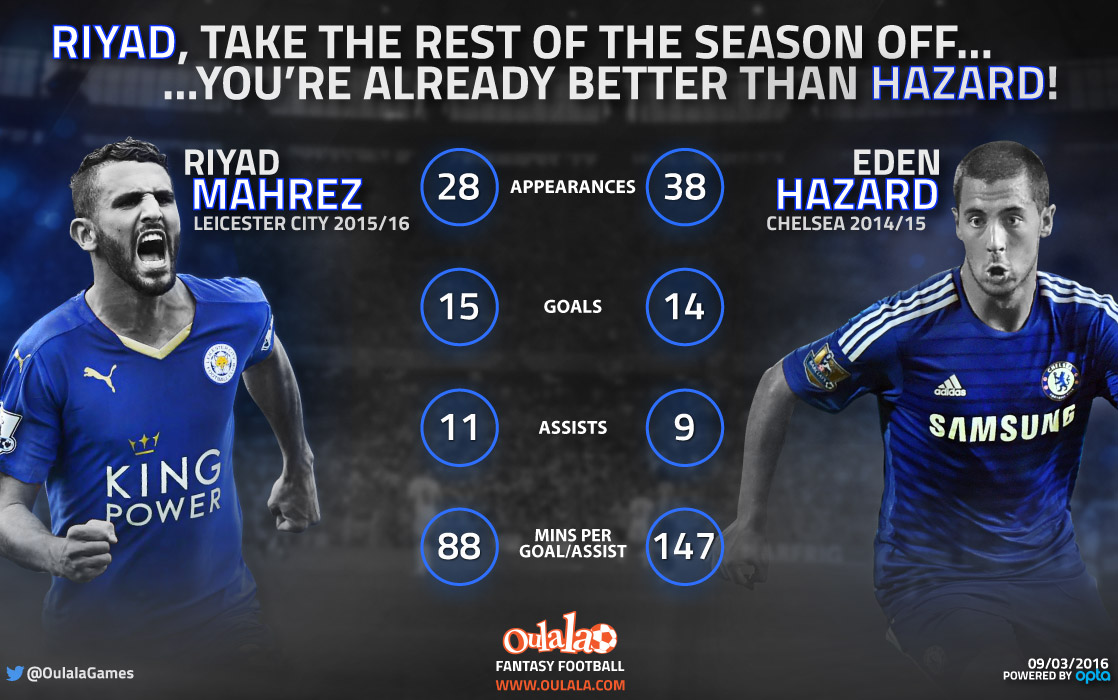 Riyad Mahrez is one of the front-runners to win the PFA player of the year award this season – and these stats show that the Leicester City star has already topped many of last year’s winner Eden Hazard’s numbers.

Hazard was voted as the Premier League’s star performer last season by his fellow professionals after his sparkling displays helped to inspire the Blues to the title under Jose Mourinho.

However, Mahrez has already scored one more goal this season than Hazard managed last term.

The numbers, provided by Oulala, also show that Mahrez has notched up more assists (11) to Hazard’s nine from last season.

The Algeria international also has a considerably lower minutes per goal/assist ratio than Hazard from last season.

Mahrez’s fine form has helped Leicester City build an eight-point lead at the top of the Premier League table as they prepare to take on Newcastle United on Monday night.