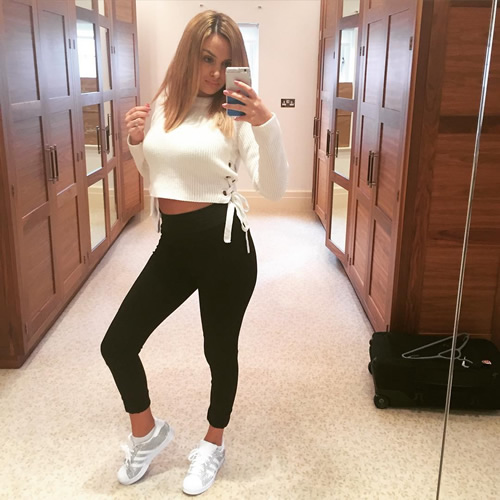 Samantha Martial was all smiles as she snapped a selfie to celebrate her 23rd birthday on Tuesday night.

She will be hoping to cheer on her husband Anthony when Manchester United host Watford in the Premier League at Old Trafford on Wednesday night.

Martial sat out last weekend’s 3-2 win over Arsenal due to a minor muscular problem but is in line to make his comeback against the Hornets at Old Trafford this week.

Samantha Martial posted the picture above on her personal Instagram account on Tuesday night and wrote: “My birthday

Martial has been one of Manchester United’s star performers this season following his transfer to Old Trafford from Monaco in the summer.

The 20-year-old forward has scored seven goals and made three assists in 21 Premier League games for Louis van Gaal’s men so far this term.

United head into their clash with Watford three points adrift of the top four, with 11 games left to play.

Photo: Cesc Fabregas all smiles as Chelsea fly back to London