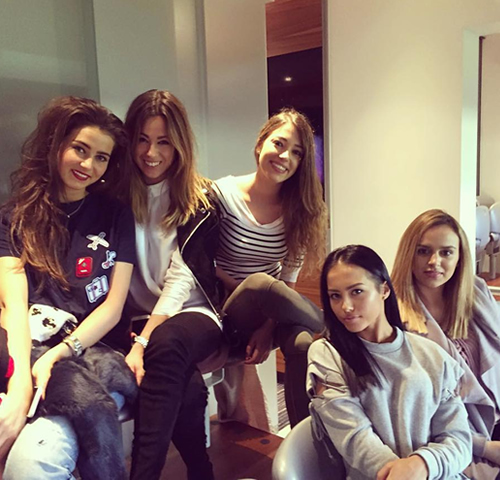 Samantha Martial showed her support for her husband as he netted Manchester United’s late equaliser in Sunday’s 1-1 draw with West Ham in the FA Cup at Old Trafford.

After a goalless first half, the Red Devils fell behind when Dimitri Payet’s stunning curled free-kick from 25 yards beat David De Gea.

But the home side drew level when Anthony Martial turned home a cross at the back post in the 83rd minute.

She shared the photo on the app and wrote: “My team”

Sunday’s result means that United will take on West Ham at Upton Park for a place in a Wembley semi-final.

Robbie Savage: Liverpool better than Man United at their peak