Sir Alex Ferguson did not seem to be too impressed as 10-man Manchester United were beaten 1-0 by West Bromwich Albion at The Hawthorns on Sunday afternoon.

The Red Devils were reduced to 10 men in the 26th minute when Juan Mata received two yellow cards in three minutes against the Baggies.

Salomon Rondon scored the winner in the 66th minute at The Hawthorns when he fired home Sebastien Pocognoli’s left-wing cross.

The result left United sixth in the Premier League table and three points adrift of the top four heading into the final nine games of the season.

Ferguson was in the stands at The Hawthorns and did not appear to be very happy about the result after as the Sky Sports cameras captured his reaction after the final whistle. 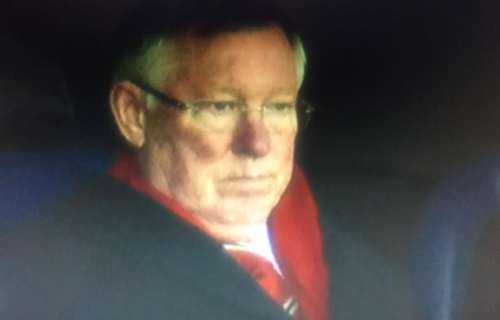