"This year, there’s no reason why I can’t have a good clay season," says Andy Murray ahead of the Monte Carlo Masters 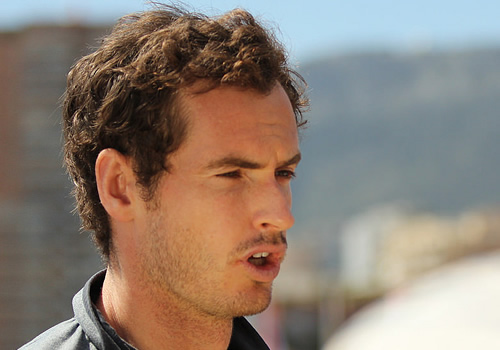 Andy Murray speaks to the media ahead of the Monte Carlo Masters Photo: Marianne Bevis

Make no mistake. It may have taken Andy Murray a good few years on the professional tennis tour to win a clay title—a decade in fact—but on the way to his title breakthrough last year, the world No2 had already put together some serious clay credentials.

Try this, for example. He reached the quarter-finals of the French Open before he did so at the Australian Open, where he has now played five finals.

Or this: Since that 2009 run, he has never fallen short of the same stage at Roland Garros, and has reached three semi-finals.

Then there is this: he has reached at least the semi-final of all three clay Masters tournaments, something he had failed to do on the indoor hard courts of Paris until last autumn.

And during his entire career, Murray has won more than two-thirds of all his clay matches.

All that on a surface that, relatively speaking, had caused him trouble, even pain. So much trouble that in 2013 he took the bold decision to undergo back surgery.

The decision, eventually, became inevitable. He was forced that spring/summer to pull out of Rome and then Roland Garros, explaining to the press at the time: “It’s lower left back… exactly the same as last year. But it’s not been perfect for a long period. You always go into matches with little niggles, but it’s frustrating when for a long period you’re hurting.

“The shots that hurt get more exaggerated on clay. With a lower back problem, rotation tends to be more of a problem… Injections can help but they didn’t make me feel 100 percent. I want to feel 100 percent.”

So surgery it was, and come the French Open in 2014, he made the semis, repeating last year. Add those first clay titles in Munich and the Madrid Masters, and Murray put together the best clay win-loss stats on the tour, 17-1.

Now, as he prepares for action in Monte Carlo, where he is playing for the first time since the surgery, he put the breakthrough down to a number of elements.

“There were a few things on clay last year that I figured out. A lot came from the training I did, and then also playing and winning a bunch of matches.

“Last year was by far my best clay season. I had some good wins: Even the match I lost against Novak, I played well, my best performance at the French Open—I thought anyway.”

It was, indeed, a fine five-set match that almost halted Djokovic in the semis before Stan Wawrinka did so in the final. And there are currently fewer better measures of form on the tour than the dominant Serb.

But it was not just Djokovic that felt the improvement of Murray’s clay tennis. The Briton beat Nos 4, 5, and 6—Rafael Nadal, Kei Nishikori and Milos Raonic in winning the Madrid title, and No8 David Ferrer in the quarters of Roland Garros.

“It’s the first time I’d had good wins on clay against the best players, and that helps with the belief.”

But what had his back surgery brought to the equation?

“I think that’s helped, and I’ve got to thank my team a lot for that. They put a lot of hard work and effort into getting my body into the right place and I’ve been doing way more flexibility work than I used to. It helps if you have loose hips and adductors when you’re moving on clay because its pretty extreme movement.

“I’ve also been doing Gyrotronics the last couple of years—really since my surgery—which has given me more range of motion in my back and hips, and made a big difference to my quality of life not just on the court: I’m not in pain all the time.”

His only regret, perhaps, is that he did not make the changes sooner, though surgery is a huge undertaking for an athlete at the peak of his career. It was, yes, a bold decision. Not that he is, he says, one to harbour regrets.

“I regret not starting earlier a little bit. But all players will have regrets: you don’t end up doing the same things you did at the start… because you learn as you go along, and if I went through my whole career going the same things, it would be worrying. You need to try to learn from your mistakes. Have a bit of an open mind to new things.”

A relatively new thing this year is Murray’s decision to play doubles on clay: In seven previous ventures across the three Masters, he has only won three matches. Here, he is tying up with fellow Brit Dominic Inglot, perhaps keen to get some extra matches under his feet after a poor North American swing in Indian Wells and Miami. But he was quick to put a positive spin on that, too.

“At least I’m fresh. I know later in the year, when you get to the French Open, you’ve got Queen’s, Wimbledon, Davis Cup, Olympics, US Open, there’s a lot of really big competition there. I won’t have overplayed…

“[So] this year, there’s no reason why I can’t have a good clay season. I like the surface now. I’m not coming into it with any fears or worries that I’m going to play badly or not going to be able to move properly… I know it’s possible I can win the French Open, but I need to play at an extremely high level, and there’s no guarantee of me doing that. It’s up to me to prepare properly, train properly, work hard, and put myself in a position where I can do that. That starts tomorrow…”

It does indeed. Murray and Inglot play their opening doubles match in a very high quality draw on Monday afternoon.

After a first-round bye in singles, he plays wild card Guido Pella or a qualifier. Thereafter, it could be last year’s finalist Tomas Berdych in the quarters, one of two former champions Nadal or Stan Wawrinka in the semis, and Djokovic in the final.