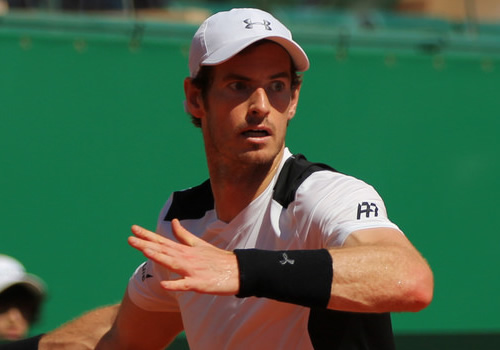 If their last match was anything to go by, the semi-final contest between No2 seed Andy Murray and No12 Milos Raonic should have been set to be a cracker.

In their most recent meeting, in the semis of the Australian Open, the big Canadian led by two sets to one before Murray pulled out the win, to take his head-to-head against the dangerous Raonic to 4-3.

Even after the Canadian picking up a right thigh injury in Melbourne, and again in Indian Wells, and caused him to miss Acapulco and Delray Beach, he had put together a 20-3 run this season, claimed the Melbourne title in January, and had an 11-2 record in Masters so far this year.

But there were concerns even before this latest match began, for like Murray the day before, he had taken two and a half hours to reach the quarters, and like Murray he had also played a three-setter in the second round. But unlike Murray, he had not benefitted from a bye in the first round, so the Canadian had a lot of running in his body, and there was the suspicion of another thigh pull during a drop-shot play against Damir Dzumhur in that last gruelling contest.

So while Murray’s form was far from its best since reaching the final in Australia—and he had lost his second matches at both the Miami and Indian Wells Masters—he had a great chance to reach his third semi-final in Monte-Carlo and his first since 2011.

Sure enough, Murray took off with greater focus and greater aggression from the start of this match than he had in the previous rounds, broke in the fourth game, held to love for 5-2, and powered a backhand down the line to break for the set, 6-2. It had taken him just 35 minutes.

This had been a crafty performance from the Briton, too, with plenty of drop shots to draw Raonic forward, and five out of five winners made at the net. He had forced 12 errors from the Canadian racket and his opponent’s movement began to suffer.

Things were soon even more one-sided in the second set as Murray broke immediately in the second game. Raonic, who led the tournament with 36 aces, would manage not a one in this lop-sided match, and Murray broke twice more to whitewash Raonic, 6-0 after just 66 minutes.

There were certainly good signs for the No2 seed in this match: He lost only four points on his first serve, struck 19 winners and made just 10 errors. But his next match will be a challenge of a different kind altogether. Two former Monte-Carlo champions, eight-time winner Rafael Nadal and 2014 winner Stan Wawrinka were about to fight it out for the chance to take on Murray in the semis.

“The two most important shots in tennis I did really well,” Murray told BBC Sport.

“I was getting a good read on the serve and, when he missed the first serve, I was being very offensive on the second serve return and putting him under pressure.

“The serve and the return for me were the best they’ve been for a while and I’m glad, because they weren’t so strong the last couple of matches.”

Meanwhile, Murray would head off to prepare for his doubles quarter-final with Dom Inglot, after brother Jamie with Bruno Soares had completed their match.

Andy Murray was not concerned at doubling up in both draws, however: “Obviously doubles matches don’t really take much out of you… It’s not hard on the body or anything. If I have a long one against Milos, and get through it, then at the end of a long day it can take a little bit of something out of you. Hopefully I’ll be okay.”

After just over an hour on court, it looks as though he will be more than OK.