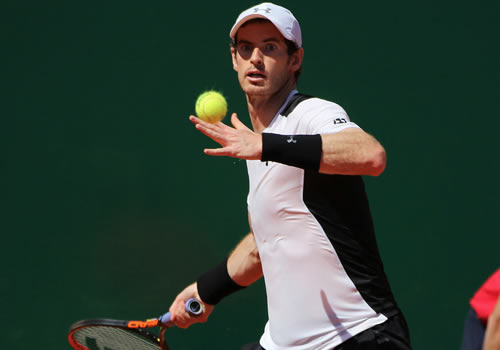 The draw may be down to 16 men from the 56 who set out on Monte-Carlo Masters road.

The draw may have lost its defending champion and world No1 for the last two years, Novak Djokovic—out at the first hurdle to the 55-ranked Jiri Vesely.

The draw may have lost last year’s finalist and No6 seed Tomas Berdych to qualifier Damir Dzumhur and French favourite No9 seed Richard Gasquet to compatriot wild card Lucas Pouille.

The draw may have lost No7 seed David Ferrer before he played a ball, and then seen his lucky-loser replacement Marcel Granollers put out one of the biggest stars among the #NextGen, Sascha Zverev, on a cool, quiet night under the lights.

But there were few who would be complaining about the quality and appeal of the Thursday line-up—and judging from the crowds flocking the steep roads into the MCCC, the word had got out. This would be a fine day’s tennis.

Even on Court des Princes, the schedule began with No10 seed Milos Raonic in an intriguing match-up with qualifier Dzumhur, and continued with a sixth contest between the crowd-pleasing 2014 winner and reigning French Open champion Stan Wawrinka and No15-seeded Frenchman, Gilles Simon. But head to centre stage, and it was back-to-back Grand Slam champions.

In the heat of Monaco lunch-time, eight-time champion Rafael Nadal would be seeking to avenge a surprise clay loss to Dominic Thiem in Buenos Aires. Then, in the middle of the well-oiled afternoon, Roger Federer would continue his campaign for a first title here after falling short in four finals.

But first up, in an already-packed Court Rainier was second seed Andy Murray, who took on the entertaining No16 seed Benoit Paire.

Like most of the five remaining Frenchman, Paire is a shot-maker with plenty of flair and variety but an unpredictable talent. This year, however, he had already hit a career-high No18, and while he had suffered six first-round exits and won not a match on clay until this week, he upset Wawrinka in Marseille during the indoor season, and was capable of dropping, slicing and volleying to an upset here, too.

Murray, indeed, was yet to reclaim the form that took him to the Australian Open final. After a month’s paternity leave and three back-to-back wins indoors in Davis Cup, he had won just one match at each of the big spring Masters, Indian Wells and Miami. He admitted ahead of his first step on clay that it had not been ideal.

“I think the last few weeks have been tough for me… At least I’m fresh… But you need to win matches, too, and hopefully I can do that during the clay season.

His first match, also against a Frenchman, qualifier Pierre-Hugues Herbert, was certainly a proper test over three sets, a match marked by ebbs and flows. Again, he was far from satisfied:

“I’ve definitely been a little bit flat since the Davis Cup. I don’t know exactly why that’s been the case. But in a lot of my matches, it’s been that way, some good stuff mixed in with some pretty bad stuff. Even when I’m not playing my best, [I need] to play more solid, make it more difficult for my opponents. But the consistency has not been there… concentration’s not been so good.”

That description summed up almost perfectly how this match unfolded. Paire’s style of play, which gave Murray no rhythm, straight away caused problems and the Frenchman broke with a return-of-serve winner in the third game.

Another backhand winner from Paire broke again in the fifth and a stunning drop shot took him to 5-1. Murray held to love in what had been a poor serving performance of 38 percent, but Paire served it out, 6-2.

Paire continued to dominate at the start of the second, broke immediately and broke again courtesy of two doubles faults from Murray, 3-0. The crowd seemed in a state of shock, but things were gradually about to change.

Murray broke back when Paire also double faulted, and now seemed a little more energised. He saved break point for what would have been a 5-2 lead for the Frenchman and pressed consistently in the next. Paire double faulted on game point and survived four deuces, but Murray finally got the break. With his eye now in, he dug in at the baseline and broke to claim the hour-long set, 7-5.

Both men had made more errors than winners in that see-sawing set, and the match would come down to who kept their cool on the many chances in the third.

First Paire saved break point in the second game, then Murray saved two in the third. The match entered its best phase, with some good tennis on both sides, but the tension was marred by errors and missed opportunities. Paire failed to convert break chances in the seventh with a couple of wild errors, but an 8-minute ninth game finally brought what looked like the decisive breakthrough for the Frenchman.

But serving for the match almost an hour after he had taken a set and a 3-0 lead, Paire double faulted, played a poor drop shot, netted a backhand and then doubled faulted again for the break back.

Murray would not let his lifeline go this time. He saved one more break point and held with a brilliant backhand lob onto the line. The match ended, perhaps appropriately for such an unpredictable match, with a French double fault.

As luck would have it, Murray’s next opponent completed an equally arduous match just one minute before the Briton. Raonic hit 12 aces and no doubles faults in beating Dzumhur, 6-3, 6-4, 7-5(5). Murray has beaten the Canadian in four of their seven matches, most recently a five-setter in the semis of the Australian Open.