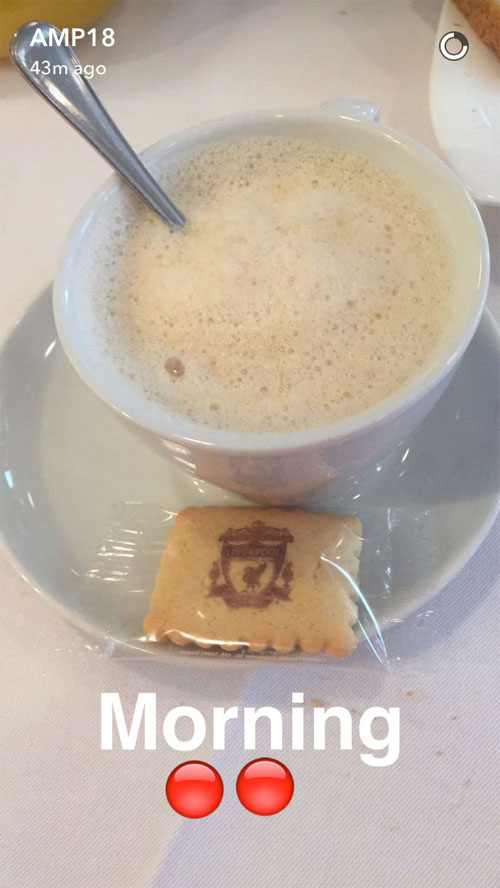 Alberto Moreno enjoyed a cup of coffee and a Liverpool-themed biscuit after the Reds’s 1-1 draw with Borussia Dortmund on Thursday night.

Jurgen Klopp’s side made the breakthrough in the first half when Divock Origi showed great composure to wrong foot the Dortmund defence and slot his finish past goalkeeper Roman Weidenfeller.

The Belgium international missed the chance to extend Liverpool’s lead on the stroke of half-time after he failed to beat the Dortmund shot stopper with a lifted effort.

Dortmund, who were facing their former manager Klopp, levelled inside two minutes of the second half after Mats Hummels rose above Adam Lallana and powered a header past Simon Mignolet.

While Liverpool had a good spell of pressure following the home side’s equaliser, the visitors appeared content to settle for a 1-1 draw in the final stages of the Europa League quarter-final clash ahead of the return leg at Anfield next week.

And Moreno posted a photo of his mid-morning snack on Snapchat on Friday morning ahead of Sunday’s game against Stoke City.