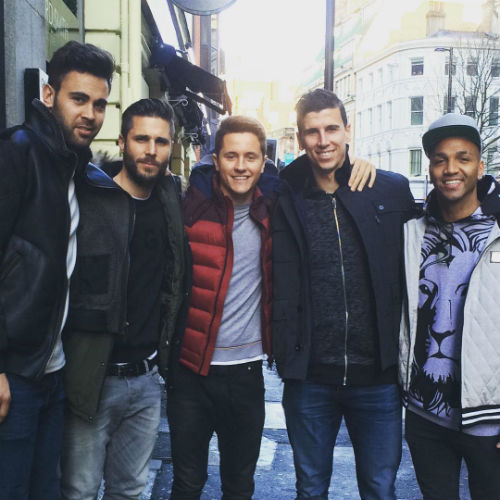 Ander Herrera was all smiles with some of his former Athletic Bilbao team-mates as the Manchester United swapped stories ahead of Sunday’s clash against Leicester City.

The Spanish midfielder played in his first FA Cup semi-final at Wembley on Saturday evening after Anthony Martial scored an added-time winner to seal a 2-1 victory over Everton.

Herrera will be looking to impress Louis van Gaal in the coming weeks as he attempts to secure a place in United’s starting line-up for their FA Cup final against Crystal Palace.

The 26-year-old has only started 15 of United’s 35 Premier League games this term after failing to secure a regular starting spot under the current United manager.

And the Red Devils playmaker caught up with former Bilbao team-mates on Tuesday afternoon as Herrera enjoyed some downtime ahead of Sunday afternoon’s clash against the Premier League leaders.

Herrera wrote: “happy to see you guys again , good luck for the rest of the season!”