Has Arsenal, Man United target Karim Benzema dropped a hint about his future after his latest Instagram post? 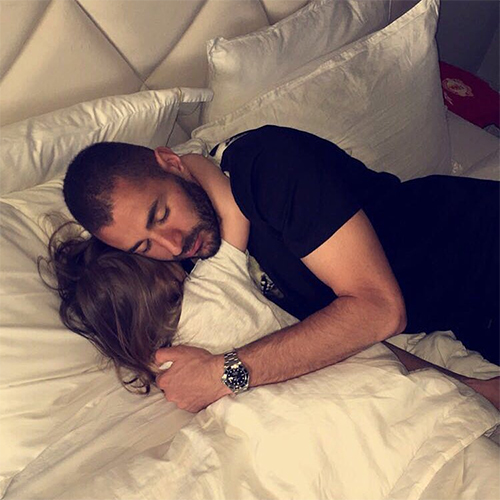 What's that in the background, Karim? Photo: Karim Benzema/Instagram

Karim Benzema has unwittingly set tongues wagging on social media after the Real Madrid appeared to drop a hint about his affection for Manchester United.

The France striker was heavily linked with a move to the Red Devils in 2009 before Benzema ultimately completed a £29m move to Real Madrid despite Sir Alex Ferguson’s interest in the Lyon forward.

Benzema has scored 111 times in 215 La Liga games for Los Blancos and won La Liga, Copa del Rey and the Champions League since his switch to the Spanish capital seven years ago.

However, the France striker has been linked with a move to the Premier League amid reports of interest from Arsenal and United in recent weeks.

And in what appears ironic timing, Benzema posted a photo with his daughter on Saturday evening with a United flag unwittingly visible in the background just hours after the Red Devils beat Crystal Palace to win the FA Cup.

Benzema has scored 161 goals for Madrid over three years.