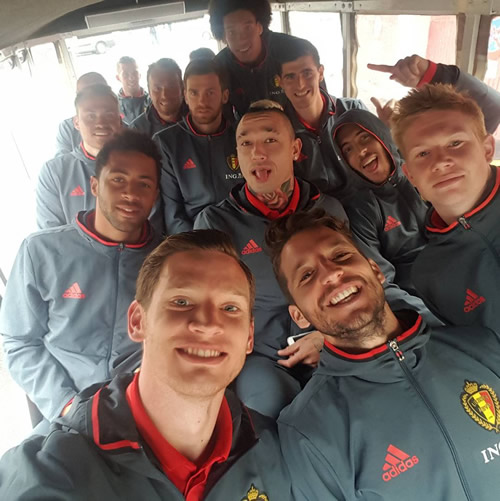 Eden Hazard looked to be in good spirits as he and his Belgium team-mates continue their preparations for Euro 2016.

The Belgium playmaker will be hoping to play a big role for his national side at this summer’s championships in France as he looks to put the disappointment of a poor season with Chelsea behind him.

Hazard, 25, struggled for form and fitness last term and only made his return to action for the Blues towards the closing stages of the campaign.

He scored Chelsea’s equalising goal as they drew 2-2 with Tottenham at Stamford Bridge to deny Spurs the title.

However, he looked to be happy as he posed for a picture with Jan Vertonghen and Mousa Dembele and a host of his other international team-mates.

Tottenham defender Vertonghen posted the picture above on his personal Instagram account on Wednesday and wrote: “#squad”

Tottenham had to settle for a third-place finish in the Premier League this season after they were pipped to the title by Leicester City.