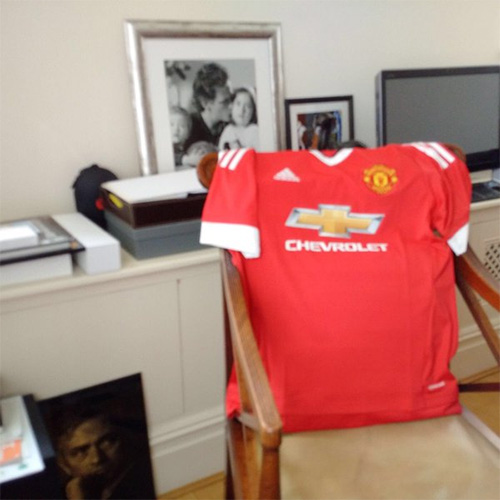 Jose Mourinho’s son has taken to Twitter to highlight his pride at his father’s appointment as the new Manchester United manger.

Jose junior was a regular at Stamford Bridge during his dad’s second tenure as Chelsea boss, which ended after Mourinho was sacked in December.

However, the 53-year-old has made a return to management after he was officially confirmed as Louis van Gaal’s successor on Friday morning.

And Mourinho’s son, who plays as a goalkeeper for Fulham’s youth side, posted a photo on Twitter minutes after the managerial appointment was confirmed.

Mourinho has been out of football management since December after he was sacked following Chelsea’s woeful defence of their Premier League crown.

The former Inter Milan and Real Madrid manager won the Premier League and the League Cup during his second spell as Chelsea manager.

The Portuguese coach becomes the third manager since Sir Alex Ferguson’s retirement in 2013.