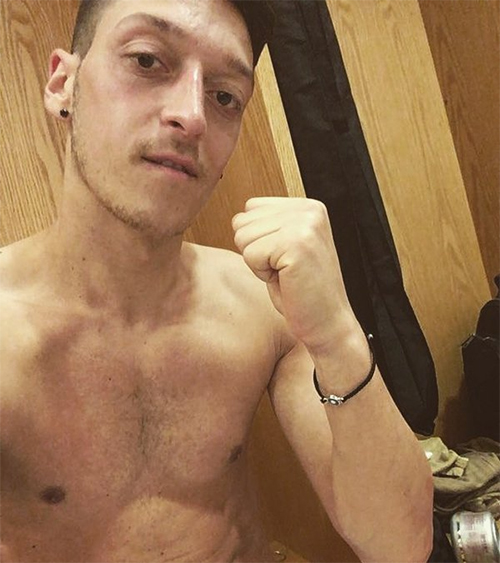 Mesut Ozil revelled in Arsenal’s 4-0 victory over Aston Villa on Sunday afternoon which secured second place in the Premier League table ahead of Tottenham Hotspur.

The Lilywhites require a point from their final game of the season against Newcastle at St James’s Park to finish above their north London rivals for the first time in the Premier League era.

However, the Magpies, who were relegated mid-week after Sunderland’s 3-0 victory over Everton, were surprise 5-1 winners against Mauricio Pochettino’s side to do their part for the Arsenal cause.

And the Gunners didn’t squander their chance to extend their dominance over their bitter north London rivals after a 4-0 win against Villa secured the runners-up spot.

Ozil, who has been linked with a move to Juventus in recent days, took to Twitter to send a message to Arsenal supporters after Wenger’s squad finished above Tottenham – again.

4:0 win and we finished above Tottenham in the #bpl table! 🙌💪 P2!!! #AFCvAVFC #COYG #YaGunnersYa @Arsenal pic.twitter.com/dbKPXMN3uW

Ozil moved to Arsenal in a club-record £42.5m deal from La Liga giants Real Madrid in 2013.

Piers Morgan sends message to Tottenham on behalf of Arsenal