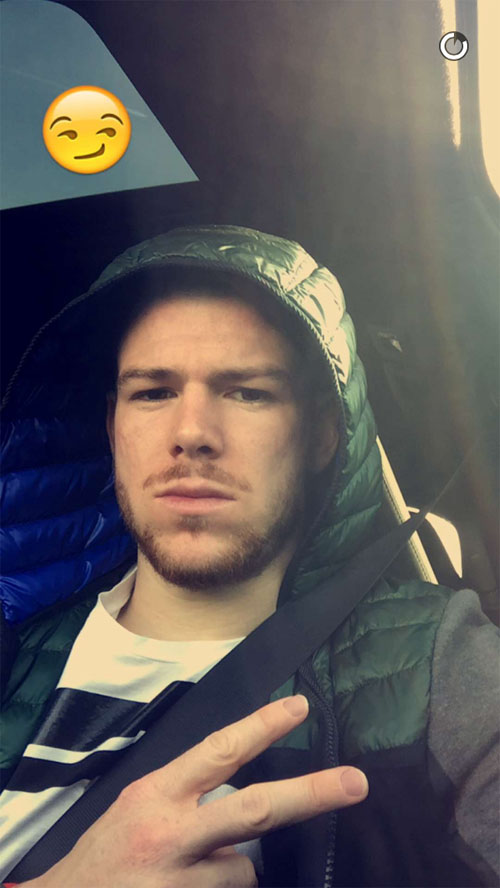 Alberto Moreno was feeling in a smug mood as the Liverpool defender headed to training on Tuesday afternoon ahead of this week’s Europa League semi-final.

The Spain international appears to have recovered from the disappointment of the Reds’s 1-0 defeat by Villarreal in the first leg of their last-four clash last week.

However, the 23-year-old appeared in decent spirits as he posted a Snapchat update ahead of the visit of the Yellow Submarine later this week.

Spaniard Moreno featured against Villarreal once as a Sevilla player, a 0-0 home draw in May 2014.

The Liverpool defender won the Europa League with the La Liga outfit in 2014 before his £12m move to Anfield under Brendan Rodgers.

The Reds lost 3-1 to Swansea City in the Premier League at the Liberty Stadium on Sunday afternoon.