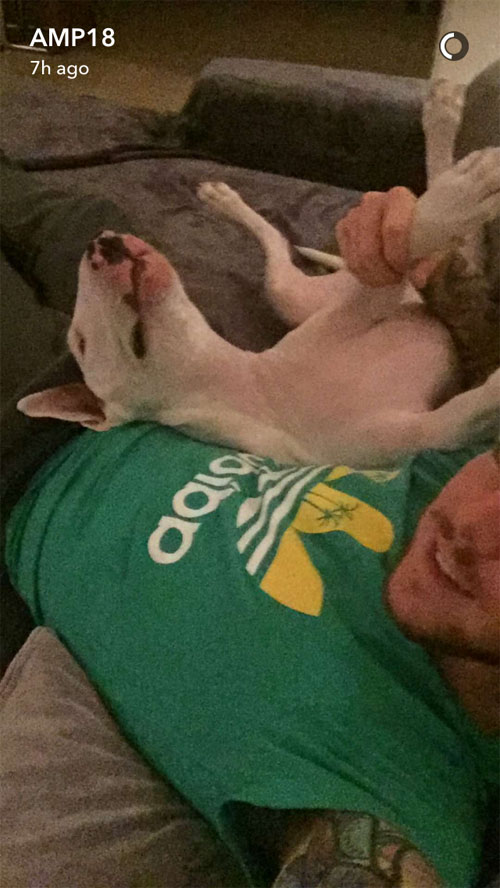 Alberto Moreno relaxed with his canine friend on Sunday as the Liverpool defender enjoyed a day off ahead of the Europa League final.

The Spain international didn’t feature in the Reds’s final game of the Premier League season at The Hawthorns as Jurgen Klopp’s side drew 1-1 with West Bromwich Albion.

Moreno is expected to start at left-back for the Merseyside outfit in their Europa League final in Basel on Wednesday night.

The 23-year-old full-back will line up against his former employers Sevilla in the European showpiece just two years after swapping La Liga for the Premier League.

And Moreno relaxed with his English bull terrier Ali on Sunday as he put his feet up ahead of a big week for the 18-time English champions.

The former Sevilla defender, who won the Europa League in 2014, has scored one goal and has made four assists in 32 Premier League games for Klopp’s side over the course of the 2015/16 season.

Photo: Cesc Fabregas all smiles with beautiful wife after Chelsea draw 1-1 with Leicester

Photo: New Arsenal signing all smiles at The Emirates