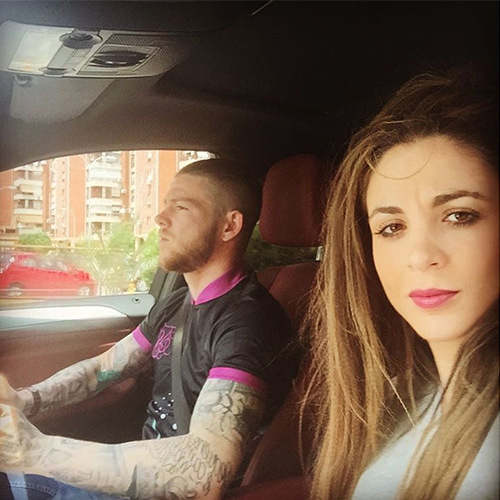 Alberto Moreno and his girlfriend are in Sevilla Photo: LiLia Grandilla/Instagram

Alberto Moreno looks to have undergone a radical makeover following the defender’s forgettable role in Liverpool’s 3-1 defeat by Sevilla in the Europa League final.

England striker Daniel Sturridge broke the deadlock with a sumptuous before half-time to edge Jurgen Klopp’s side into a deserved lead in Wednesday night’s final in Basel.

However, Moreno’s poor clearance and reckless tackle resulted in Sevilla’s equaliser inside 30 seconds of the second half after Kevin Gameiro finished from close range.

The reigning champions were ahead in the 64th minute when Coke curled a superb finish past Simon Mignolet and the Sevilla playmaker added his side’s third with 20 minutes remaining.

Moreno was made the scapegoat for Liverpool’s 3-1 defeat and the former Sevilla defender was heavily criticised by Michael Owen, Steve McManaman and Mark Lawrenson.

But the 22-year-old appears to have started the process of putting the chastening experience behind him after he showed off his new-look haircut in his girlfriend’s Instagram photo.