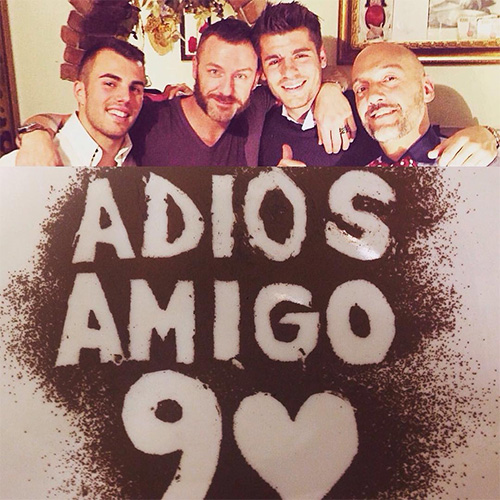 Alvaro Morata has dropped a massive hint that he could be leaving Juventus this summer amid interest from Arsenal and Real Madrid.

The Spanish striker has been the subject of relentless speculation over the past couple of weeks as the 23-year-old looks to resolve his future.

Morata has been linked with a switch to the Premier League with Arsenal thought to be heading the race to sign the striker, although Chelsea and Manchester United have also been touted as potential suitors.

However, Madrid are reportedly interested in activating their £23.4m buyback clause to bring Morata back to the Spanish capital after Los Blancos sold the forward to Juventus in 2014.

And the highly-rated Spanish forward appeared to drop a hint that he could be leaving Turin after he posed for a banner with some fans in a local pub which read “Goodbye friend”.