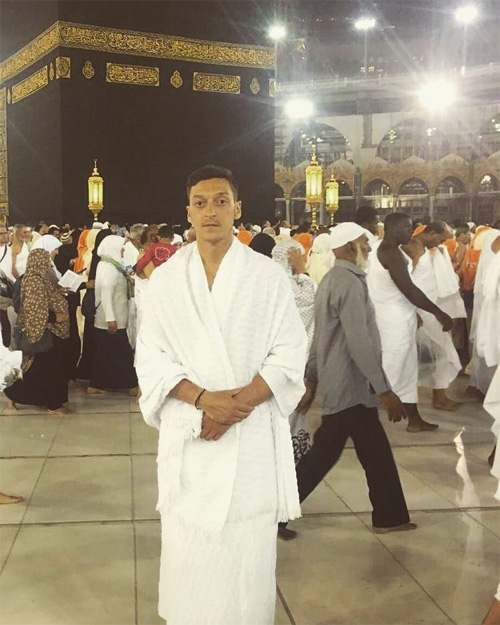 Mesut Ozil made the pilgrimage to Mecca as the Arsenal midfielder explored his faith ahead of Euro 2016.

The Germany international is set to play a key part in Germany’s bid to win the European championship this summer after Ozil featured heavily in their World Cup-winning campaign in 2014.

Ozil has enjoyed a good season with the north London side on a personal note after having scored six times and making 19 assists in 36 Premier League games.

However, the 27-year-old, who moved to Arsenal from Real Madrid in 2013, was taking care of his faith as the Muslim snapped a photo in Mecca in Saudi Arabia.

The Gunners haven’t won the top-flight crown since 2004 despite signing Ozil and Alexis Sanchez in deals totalling £77.5m over the past three years.