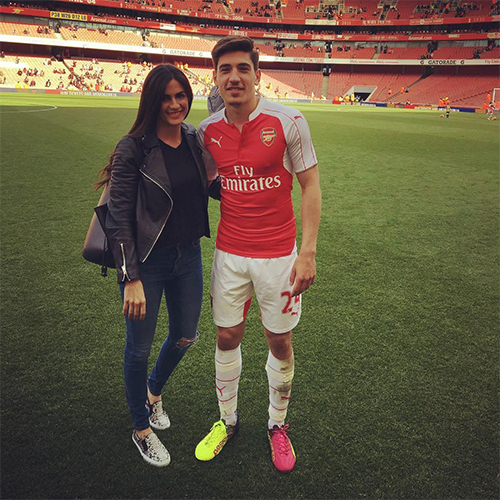 Hector Bellerin was all smiles with his beautiful girlfriend after Arsenal’s 4-0 victory over Aston Villa on the final day of the Premier League season.

The Spain Under-21 international was voted onto Facebook’s Premier League team of the year after establishing himself as Arsenal’s undisputed first-choice right-back ahead of Mathieu Debuchy.

Bellerin has scored one goal and has made four assists in 36 Premier League games for Arsene Wenger’s side, including his strike in the Gunners’s 4-0 win against Watford at The Emirates.

And the former Barcelona defender signed off with three points as he helped the Gunners keep a clean sheet in a 4-0 win against Villa and hoist themselves above Tottenham Hotspur in the table.