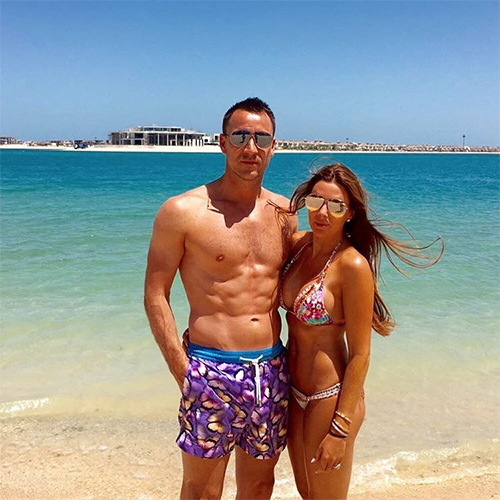 John Terry soaked up the rays on holiday in Dubai after the long-serving Chelsea captain signed a new one-year contract last week.

The 35-year-old jetted off to warmer climes on Saturday after having put pen to paper on a new deal which will see Terry play under Italy head coach Antonio Conte next season.

Terry won’t be part of Roy Hodgson’s England squad for this summer’s European championship tournament in France and the Blues skipper wasted no time heading off on holiday.

While the centre-half may have endured an injury-hit end to the 2015/16 Premier League season, Terry looked in lean shape as he posed for a holiday photo with his wife Toni.

Terry has won four Premier League titles during his career.

The former England international scored one goal in 24 Premier League appearances for the west London side in a difficult season for the dethroned champions.