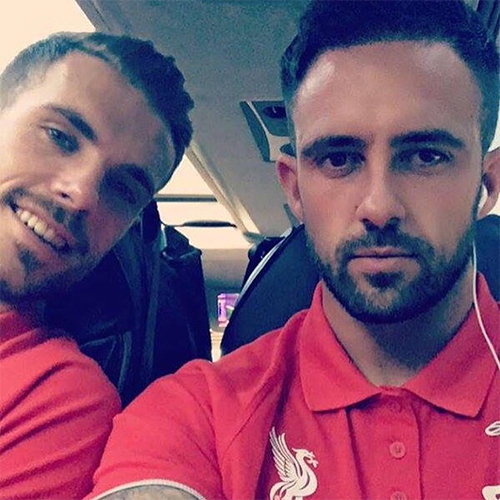 Jordan Henderson congratulated Danny Ings on his return to first-team football on Sunday afternoon following Liverpool’s 1-1 draw with West Brom at The Hawthorns.

The 22-year-old centre-forward had been sidelined since October after the England Under-21 international suffered a serious knee injury during one of Jurgen Klopp’s first training sessions as Liverpool manager.

However, Ings made his long-awaited return to Premier League action on Sunday as the Winchester-born striker replaced goal-scorer Jordon Ibe in the 64th minute on the final day of the 2015/16 season.

And Liverpool captain Henderson, who also made his comeback from a knee problem on Sunday afternoon, dedicated a long message to Ings on Instagram following their 1-1 stalemate with the Baggies.

Henderson wrote on the photo-sharing app: “Good to be back on the pitch with this man @ingstagram10 thanks for all the away support this season….. Looking forward to a big night on Wednesday #YNWA 🔴”

Liverpool will face reigning champions Sevilla in the Europa League final in Basel on Wednesday night.