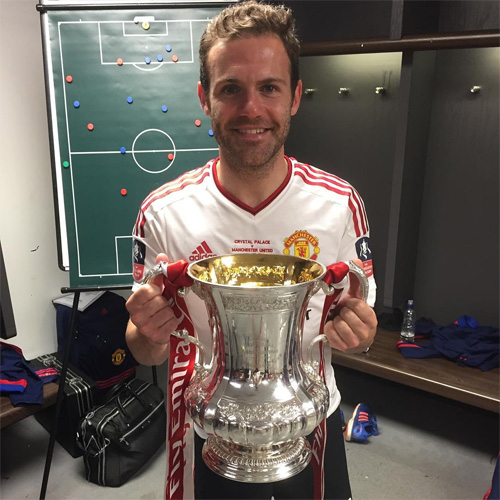 Juan Mata couldn’t hide his delight as he posed with his first trophy as a Manchester United player.

Mata owes a debt of gratitude to his captain Wayne Rooney after the England international’s mesmerising run created the opportunity for the former Chelsea man to guide a finish into Palace’s net.

And Mata, who has been omitted from Spain’s squad for Euro 2016, posed with the FA Cup trophy and wrote the following caption: “FA CUP CHAMPIONS!! 🔴🔴🔴🏆 #WeAreUnited @manchesterunited”

The 27-year-old moved to United in a £37.1m deal from Cheslea in what was a club-record deal before Angel di Maria’s ill-fated switch.

Anthony Martial’s warning ahead of next season with Man United