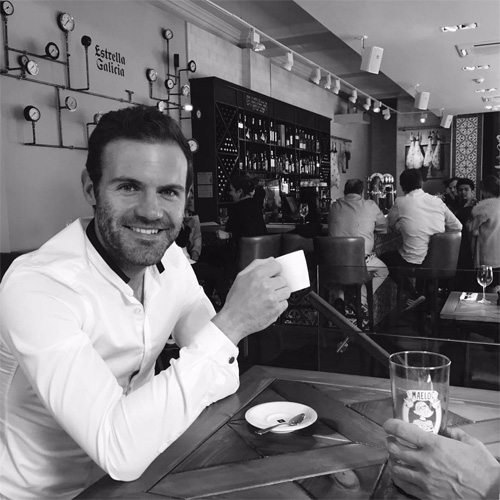 The Spain international is being tipped to leave Old Trafford in the near future ahead of Jose Mourinho’s anticipated arrival at Old Trafford.

The 53-year-old, who is the clear favourite to succeed Van Gaal, sold Mata to United in a £37.1m deal from Chelsea in January 2014 after the Blues playmaker was deemed surplus to requirements at Stamford Bridge.

Mata has been one of United’s more consistent players under Van Gaal and the 28-year-old scored their equaliser in a 2-1 extra-time victory over Crystal Palace in the FA Cup final at Wembley on Saturday evening.

And the World Cup winner sipped on some coffee after some Spanish food on Monday evening as he reflected on United’s 2015/16 season.

Mata wrote on his Instagram page: “Best way to celebrate the good end of the season? Spanish food! 👌🏻 #Manchester”