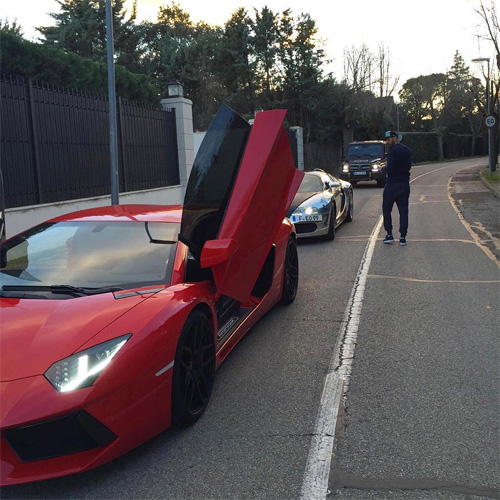 Karim Benzema prepared to head off on his holidays on Sunday after Real Madrid’s 11th European Cup win.

The France international started up front for Zinedine Zidane’s side against Atletico Madrid in the Champions League final in Milan on Saturday night.

Benzema didn’t take a spot-kick in the shootout as Cristiano Ronaldo converted the winning penalty to secure their second Champions League crown in three years.

The 27-year-old striker has been heavily linked with a move to the Premier League in recent days amid growing uncertainty surrounding his Madrid future.

Arsenal have been regularly linked with the Frenchman over the past few months as Arsene Wenger looks to bolster his attacking options.

New Manchester United manager Jose Mourinho is thought to be keen to bring the Madrid striker to Old Trafford after having worked with Benzema in the Spanish capital.

But the France international, who has been omitted from their squad for Euro 2016, posted an Instagram photo as he got into his sports car to go on holiday on Sunday.

The striker moved to Madrid from Lyon in 2009.