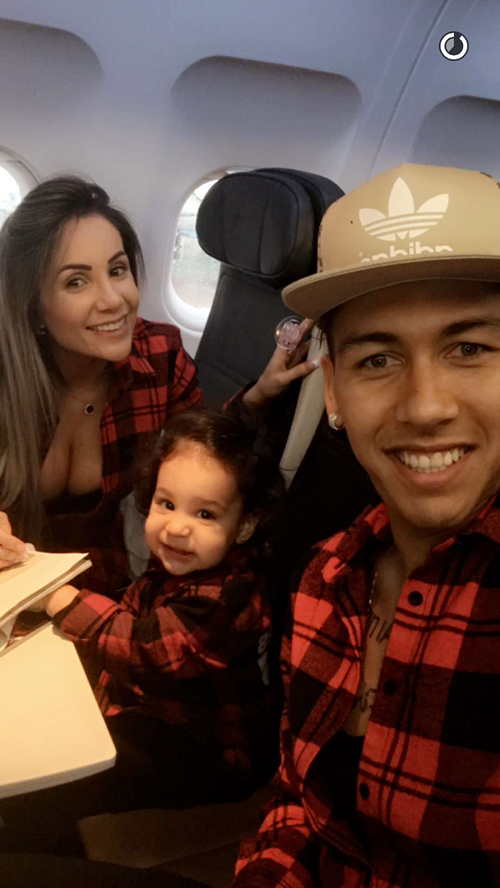 Roberto Firmino and his wife were all smiles as they jetted off on holiday with their young daughter after a gruelling first season in the Premier League.

The Brazil international was left disappointed in his quest to finish his first campaign in England with some silverware after Liverpool squandered a 1-0 lead to lose 3-1 to Sevilla in the Europa League final.

The South American was able to console himself with a summer break with his beautiful wife Larisa and adorable daughter Valentina.

Firmino has enjoyed a successful debut campaign at Liverpool after scoring 10 times and making seven assists in 31 Premier League appearances for the Merseyside outfit.

The Reds made Firmino their third-most expensive signing of all-time after completing a £29m deal for the Brazilian forward.