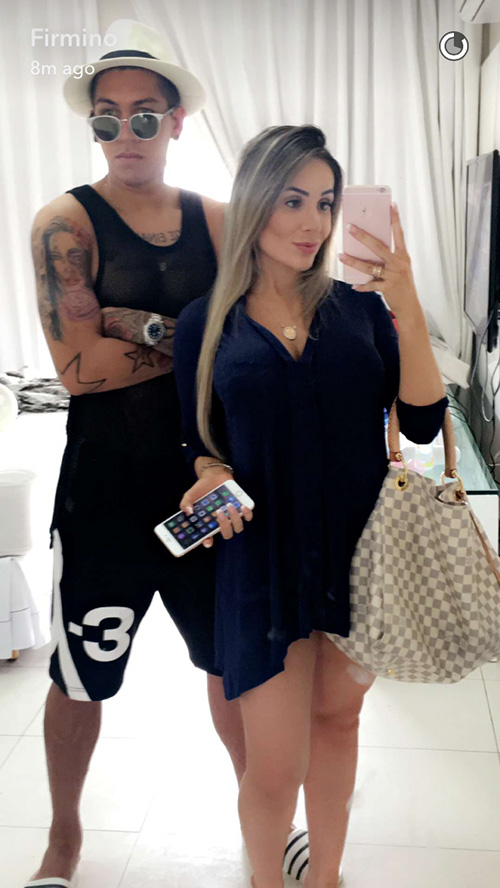 Roberto Firmino and his gorgeous wife were embracing the holiday spirit as the pair prepared presumably for a day in the sunshine.

The Brazil international has been enjoying a well-earned break in recent days after a gruelling first season in the Premier League for Liverpool.

Firmino scored 10 goals and made seven assists in 31 Premier League appearances, while the South American played a further 18 games in the Europa League and League Cup.

And the Brazilian midfielder has been soaking up the weather in Brazil with his wife following the end of the Premier League season, keeping his Snapchat followers regularly updated on his antics.

Firmino posted the above photo with his wife Larisa as the pair showed off their outfits ahead of a Monday filled with leisure.