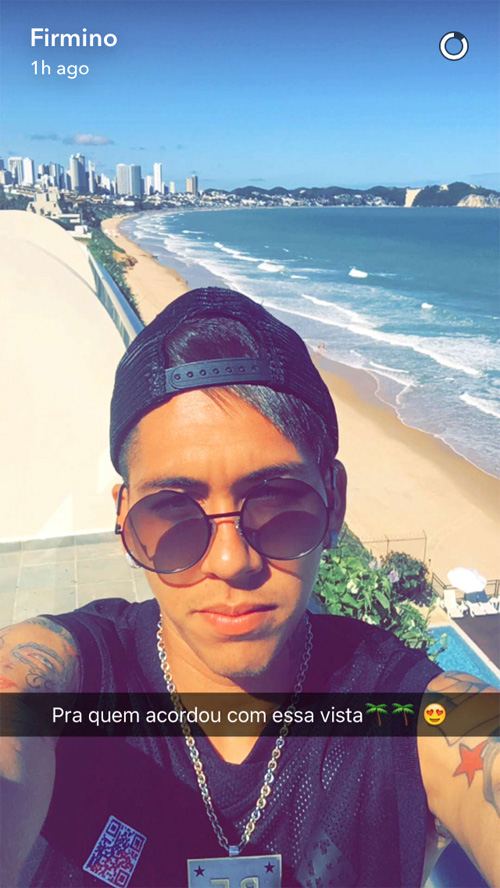 Roberto Firmino was eager to show off his stunning view on holiday as the Liverpool forward relaxed on Sunday.

The Brazil international has treated himself and his family to a sunny break in his native Brazil after a grueling first season in the Premier League.

Firmino was unable to help the Reds avoid a 3-1 defeat by Sevilla in the Europa League final in Basel last week as Jurgen Klopp’s side finished the season on a low.

However, the South American’s spirits appeared to have recovered as he posted the above selfie on his Snapchat feed.

The Reds playmaker has scored 10 times and has made seven assists 31 Premier League games for the Merseyside outfit in his first season in England.

The Brazilian became Liverpool’s third most-expensive signing of all-time last summer after he moved to Anfield in a £29m deal from Bundesliga side Hoffenheim under Klopp’s predecessor, Brendan Rodgers.