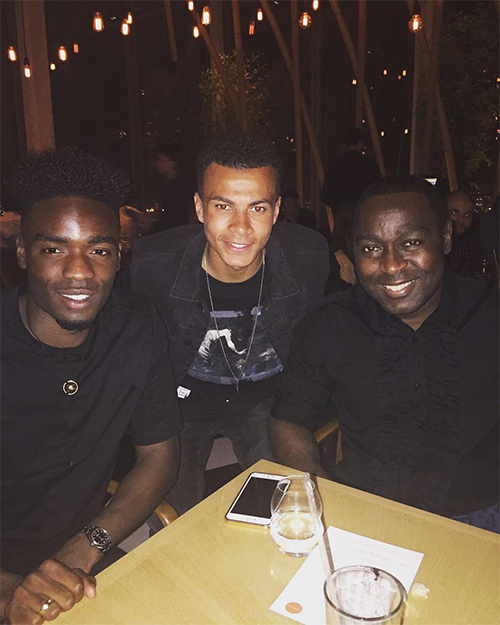 Andy Cole has sent a message of congratulations to Tottenham Hotspur midfielder Dele Alli after the PFA young player of the year was named in England’s Euro 2016 squad.

The 20-year-old enjoyed an incredible breakthrough year for the Lilywhites after Mauricio Pochettino signed Alli in a £5m deal from League One side MK Dons last summer.

The Spurs midfielder scored an impressive 10 goals and made nine assists in 33 Premier League games before he was suspended for the final three top-flight fixtures of the season.

However, England manager Roy Hodgson included the Tottenham talent in his Three Lions squad for this summer’s tournament in France.

Cole wrote on his Instagram page: “Congratulations to @delealli36 on being named in the @england squad lovely young man!👊🏽⚽️#England #Euros”

England are fourth favourites to win the European championship in the latest Euro 2016 betting odds as Hodgson looks to guide the Three Lions to their first major tournament win since 1966.

Alli made his England debut in October after the Spurs midfielder came on as a late substitute for Ross Barkley in their clash against Lithuania at the home of English football.

The 20-year-old playmaker would go on to open his Three Lions account in a sensational fashion after he scored a brilliant goal in a 2-0 victory over France in a friendly at Wembley.

Alli scored 10 times in 46 games in all competitions for Tottenham this season.