Photo: Man United star all smiles with man of the match award

Antonio Valencia was voted as Manchester United's man of the match on Sunday... 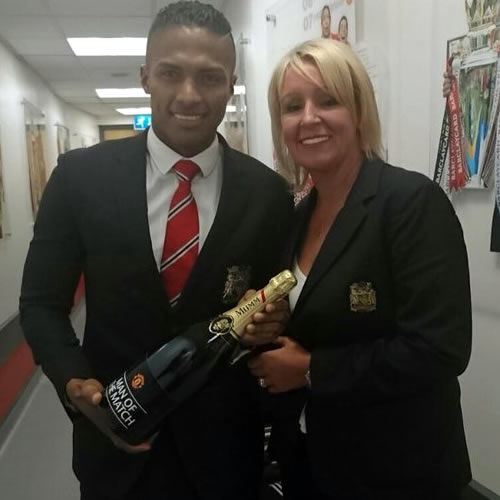 Antonia Valencia looked to be in good spirits as he posed for a picture with his man of the match champagne after Manchester United’s 1-1 draw with Leicester City on Sunday afternoon.

Valencia was in good form for the Red Devils as United were forced to settle for a draw against the Premier League leaders at Old Trafford.

United took the lead through Anthony Martial early on but were pegged back when Wes Morgan headed home from a free-kick shortly after.

Despite being forced to settle for a point, the result moved United closer to fourth-placed Manchester City after the Citizens were beaten 4-2 by Southampton later on Sunday.

And Valencia, who has spent much of this season on the sidelines, looked thrilled to be voted as Manchester United’s man of the match.

He posted the picture above on his personal Twitter account after the game and wrote: “Thank you for having chosen as the best player of the match.”

United are now preparing for their trip to Norwich on Saturday.

Roger Federer out of Madrid with injury: ‘Been a tough year – hope it gets better’

Madrid Masters 2016: Del Potro and Coric impress as Nadal makes it 11 in a row