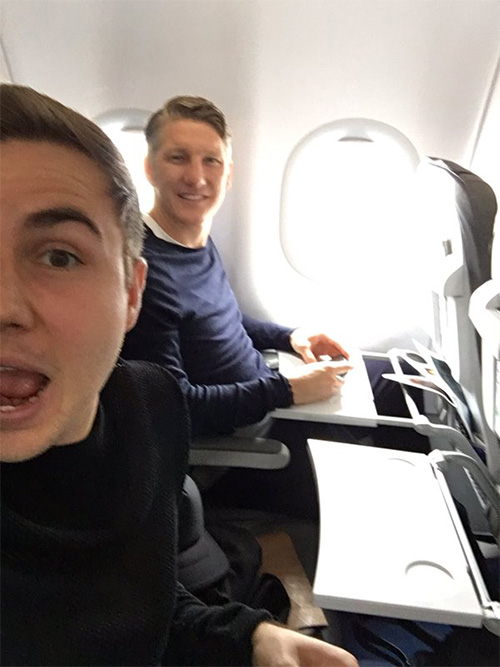 Mario Gotze and Bastian Schweinsteiger were all smiles on Wednesday afternoon as Germany prepared for their friendly against Slovenia this week.

The Bayern Munich forward has been the subject of intense speculation in recent weeks, with reports linking Gotze with a £20m move to Liverpool.

However, the 23-year-old is thought to have performed a u-turn in recent days and committed his future to Bayern ahead of the arrival of new manager Carlo Ancelotti.

The World Cup winner previously worked under current Liverpool boss Jurgen Klopp at Borussia Dortmund before he moved to the Allianz Arena in 2013.

And Schweinsteiger would surely have urged Gotze not to make the move to Manchester United’s bitter rivals as the Germany squad boarded a flight on Wednesday.

The German legend scored his only Premier League goal in a 1-1 draw with Leicester City last year.