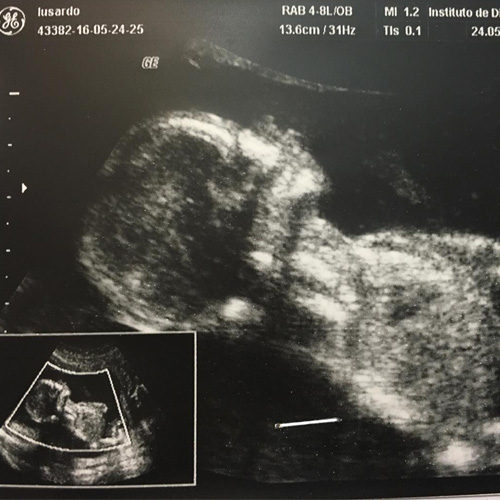 Marcos Rojo is set to become a father for a second time after the Manchester United defender’s wife posted a photo of her ultra sound scan on her Instagram page on Sunday night.

The Argentina international already has a daughter Moreno with his lingerie model wife Eugenia Lusardo, who the defender affectionately calls ‘More’.

Rojo ended his second season with United with some silverware after a 2-1 extra-time victory over Crystal Palace in the FA Cup final earlier this month.

However, the 26-year-old received an even greater prize after his wife took to Instagram to post a photo of their unborn child following her latest ultra sound.

Lusardo wrote on her Instagram page: “How beautiful you are inside me ! We are waiting 💗”

Rojo made 28 appearances in all competitions for the Red Devils in an injury-hit 2015/16 campaign for the Argentina international.

The South American moved to the Red Devils in a £16m deal from Sporting Lisbon in 2014 following the World Cup.