Liverpool target Mario Gotze is all smiles on international duty 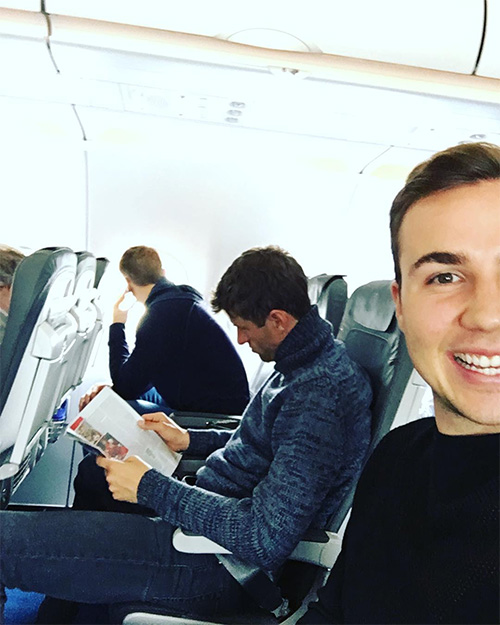 Mario Gotze was all smiles on Tuesday afternoon despite seemingly committing his future to Bayern Munich.

The Germany international had been heavily linked with a move to Liverpool in recent weeks after being out-of-favour under outgoing Bayern manager Pep Guardiola.

The Reds were thought to be preparing a £20m offer for the 23-year-old forward as Jurgen Klopp looked to be reunited with his former Borussia Dortmund forward.

However, Gotze is thought to have had a change of heart and the Germany forward is prepared to fight for his Bayern future under incoming manager Carlo Ancelotti.

And the World Cup winner still enjoys the company of his Bayern team-mates after he goofed around with Thomas Muller and Manuel Neuer on Tuesday on a national team flight.

The German playmaker has won back-to-back Bundesliga titles since his £29m move to Bayern from Dortmund in 2013.