Photo: Martin Skrtel all smiles ahead of Liverpool v Sevilla 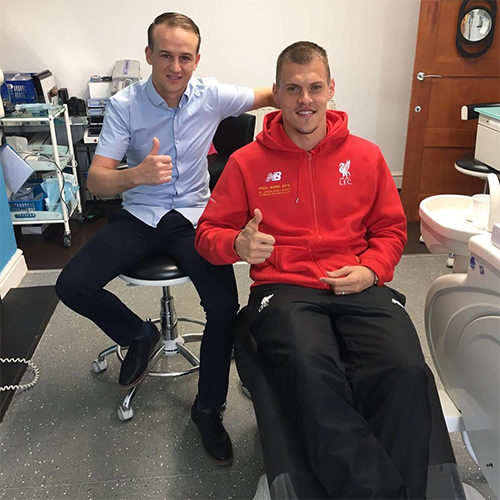 Martin Skrtel was all smiles at the dentist ahead of Liverpool’s clash against Sevilla in the Europa League final on Monday afternoon.

The Slovakia international will be hoping to make a claim for a spot in Jurgen Klopp’s side for the European showpiece in Basel.

Skrtel, who moved to Liverpool from Zenit St Petersburg in 2007, has found his first-team opportunities limited since his return from injury in March.

And the no-nonsense defender went for a check-up at the dentist on Monday ahead of Liverpool’s trip to Switzerland later this week.

Skrtel posted the above photo and wrote on his Instagram page: “Quick check at dentist this morning!thanks to staff at Dental Excellence and @robbiehughes84 👍🏻👍🏻👍🏻 great service as always ⭐️”

At that time, Sevilla had never won a European competition, and were plying their trade in Spain’s second tier.

Victory for Sevilla would be a tenth Uefa Cup/Europa League win for Spain, lifting them above Italy as the competition’s most successful nation. Liverpool are bidding for England’s eighth triumph.