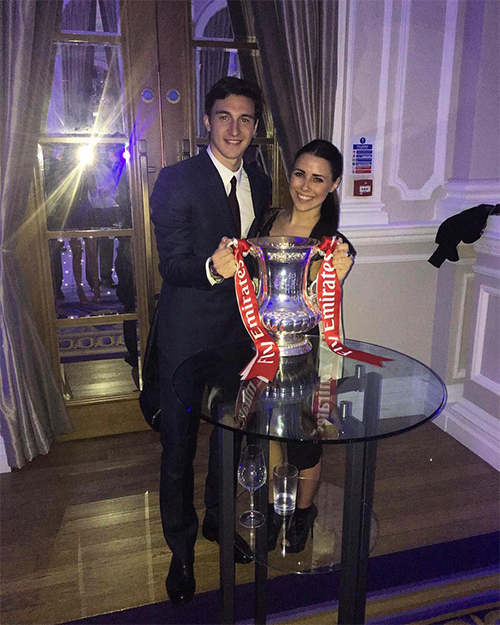 Matteo Darmian was all smiles with his stunning girlfriend and the FA Cup trophy after Manchester United’s success at Wembley on Saturday evening.

The Red Devils had to come from behind to beat Crystal Palace at the home of English football to end a three-year wait to win some silverware following Sir Alex Ferguson’s retirement in 2013.

And United midfielder Jesse Lingard, who replaced the Spain international in the final moments of normal time, netted an added-time winner to end the Red Devils’s 12-year wait to win the FA Cup.

Darmian, who was also a second-half replacement for Louis van Gaal’s side, posed with his beautiful girlfriend Francina Cormanni and the FA Cup trophy during the club’s celebrations.

The Italy right-back of the year moved to United in a £12m deal from Torino last summer.